Posted on October 14, 2015 by TheEvangelicalLiberal 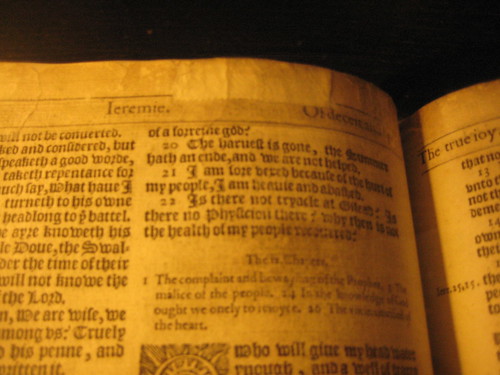 Inerrant, infallible, God’s word alone;
Eternal, immutable, truth set in stone.
The final authority, all we need hear;
The source of theology, though not of beer.

Hmm, last line might need more work before I can sell it to Puritan churches.

So – the (Holy) Bible. Scripture. ‘The Word of God’. 1000-plus-page blockbuster, multi-billion bestseller. Owned by many, read by few, understood by fewer (if any). Source of inspiration and faith, confusion and controversy (but not beer) for the best part of 2000 years.

I really don’t want to undo all the good work of the last couple of evangelical-friendly posts so soon. But over the next few posts I will be saying some things that are quite critical of one of the chief pillars of evangelical belief and therefore of evangelicalism in general – sorry. Pray for me, a straying sinner.

For many evangelicals, the Bible is surely the single most important physical object in the world today, for it is nothing less than the inspired, inerrant, authoritative and sufficient Word of God in written form, containing all we need for salvation and sanctification (sola scriptura!).

You might say, with only slight exaggeration, that for some conservative evangelicals the Bible has become almost a fourth member of the Trinity. Indeed it has arguably often taken the place of the Holy Spirit in everyday life and decision-making. The Bible is the infallible and unquestionable guide to all thought and conduct, all belief and practice. Defending the Bible and its literal truth has for some (not all) taken precedence over feeding the hungry, freeing the oppressed and sharing the liberating reality of Jesus. (Not that I’m particularly good at any of these things myself, to be fair.)

But what do we even mean by terms like inerrant, infallible, inspired; perfect, sufficient, authoritative; Scripture, Word of God? Are all these terms actually justified by the biblical text itself? Would they have been understood by the Bible’s original authors? If they’re worth keeping, can we re-interpret them in alternative and more helpful ways?

I don’t necessarily have a problem with most of the terms themselves; it’s the conservative evangelical or fundamentalist interpretations I’m uncomfortable with. So I have a problem when they’re used to mean that everything in the Bible is ‘literally’ true; that it has to be taken at face value and that we cannot question its ‘plain’ meaning. I have an even greater problem with the idea that if particular doctrines can be shown to have Scriptural backing (i.e. proof-texts), then they must be unquestioningly accepted.

I also have a problem if the terms are used to mean that the Bible is a divine answer-book or life-manual from which we can derive a neat set of truths to believe, doctrines to accept, commands to obey and promises to hold on to. I have a problem when we try to fit the messy complexity of the Bible into a watertight systematic theology, or when we try to pin down ‘what the Bible says’ on any given subject, be it homosexuality, hell, the role of women or whether we should have guitars and drums in worship.

An unhealthy approach – and towards some alternatives

I think it’s dangerous and unhealthy to view the Bible – and supposedly ‘biblical’ or Bible-derived doctrines and moral laws – in these ways. I would go so far as to say that it isn’t truly Christian (owing more to Hellenistic and perhaps even Islamic ways of thinking), and that it runs counter to the original purposes and intentions of the Bible and its authors.

Lest you think I’m setting up a straw man, just cast a glance over some daily devotionals by US evangelical megachurch pastor Rick Warren, author of The Purpose Driven Life™, e.g. The Bible is Historically Accurate, or Trust the Bible – Jesus Did. Warren uses various out-of-context proof-texts to ‘prove’ that the Bible is 100% accurate. His hermeneutic and his exegesis – his methods and his conclusions – are (I think) sloppy and flawed, and in my view damaging both to the Bible and to its readers.

Which I realise is a bit harsh, sorry. Rick Warren’s intentions are surely good, but I think his well-meaning attempts are misguided here.

Over the next series of posts I want to look at these ideas of inerrancy, inspiration, authority and so on in more depth. I also want to look at what I think may be more helpful ways or approaching the Bible – above all letting it be itself rather than trying to squeeze it into our mould of what it should be, or getting it to say what we think it should say.

Please don’t think that I don’t care about the Bible or what it says. I consider the Bible to be of unparalleled importance, significance and value. I just don’t any longer approach it in a particular evangelical (or Catholic) way. I no longer view it as God’s Written Word Eternally Set in Stone, with a single right way of reading and understanding each passage and verse, valid for all times and situations. I see it rather as a living, dynamic document through which God engages us in a transformative two-way conversation.

Next time – the trouble with the Bible…

50 Responses to Rethinking the Bible